The Loneliest
Place in North
America

We have a lot of work to do. The Stannard Rock Lighthouse is of great historical significance, and we are committed to take care of it. More importantly, the location of this historic lighthouse makes it an instrumental weather and climate research facility. Restoring it to more habitable conditions will ensure that it survives for years to come and that can be a place for educators and researchers to do what they do best.

We need your help!

Please consider an individual contribution to our restoration efforts. If you are interested in a corporate partnership, this commitment will certainly boost your brand and spotlight your generous contribution to this important cause.

There is a Gofundme page to make it easy for you to contribute.  For those who donate $100 or more, we will be etching your name on a plaque that will be placed on Stannard where it will live hopefully for centuries in the most amazing Lighthouse on the Great Lakes!

Donate to the Stannard Rock Restoration 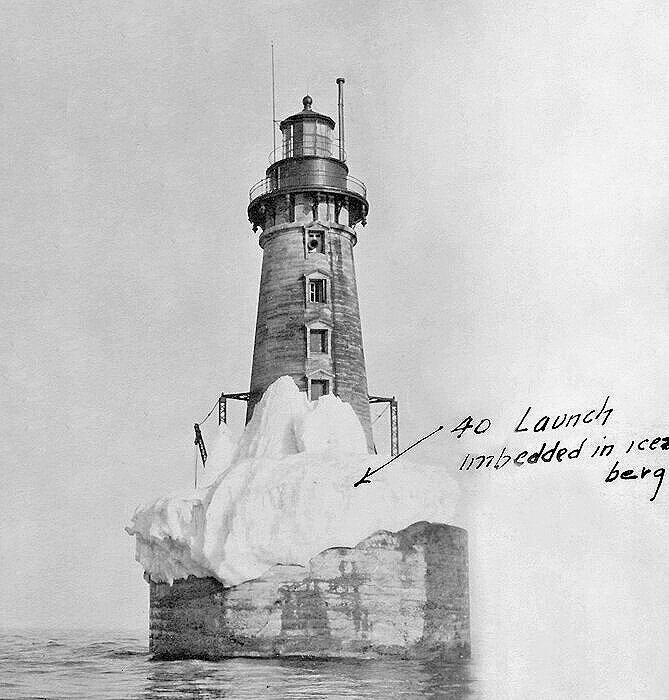 The Stannard Rock Light, completed in 1882, is a lighthouse located on a reef that was a serious hazard to navigation on Lake Superior.

The exposed crib of the Stannard Rock Light is rated as one of the top ten engineering feats in the United States.

A look to the future.

The Stannard Rock Light has been serving Lake Superior for almost 140 years. When GPS started guiding ships, Stannard Rock was converted to a year-round observation station with remote monitoring equipment utilized by researchers in the United States and Canada. It collects data that had been hard to obtain in winter months after most traditional buoys are pulled from the lake.

Through various domestic and international partnerships, Stannard Rock Lighthouse is now instrumental in studying evaporation, wind speeds, wave intensity and other variables important to the scientific community and to the commercial shipping industry. 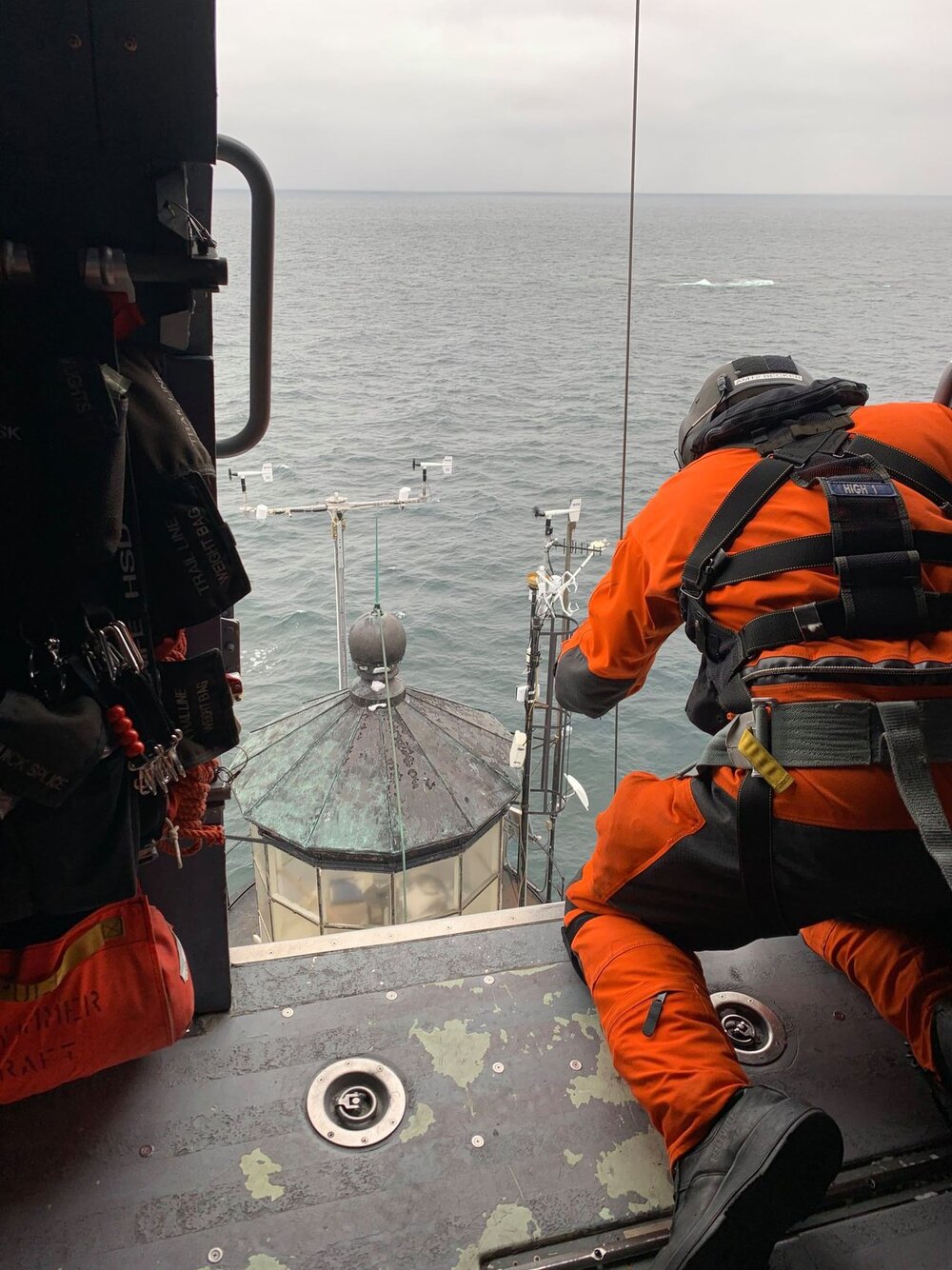 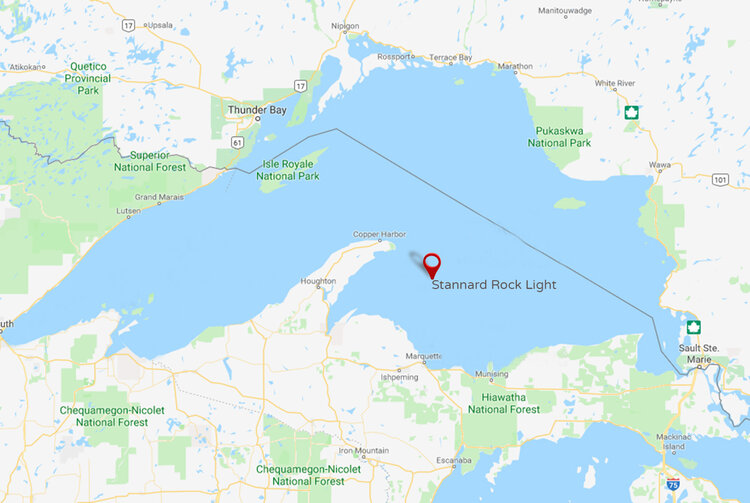 A beacon of hope.

Stannard Rock Lighthouse is not only a historic landmark, it is also a beacon of hope for the future. There are an extensive array of universities, government agencies and environmental groups who utilize the Lighthouse as a focus of study for climate research.

Stannard Rock Lighthouse is named after Captain Charles C. Stannard of the American Fur Company, who discovered the reef upon which the lighthouse now sits in 1835. With this massive shallow reel being a colossal hazard for ships, the U.S. Lighthouse Service commissioned the construction of the lighthouse. Construction began in 1878 and took five long years as the legendary gales of November and fierce winter storms thwarted steady annual progress. It stands today as a testament to the talented architects and brave builders of this amazing tower!

Through various domestic and international partnerships, Stannard Rock Lighthouse is now instrumental in studying evaporation, wind speeds, wave intensity and other variables important to the scientific community and to the commercial shipping industry. With it so far off-shore, the location is premium for critical weather and climate research.

Please help to honor its past and allow “The Rock” to serve us well into the future!

Stannard Rock in the news. 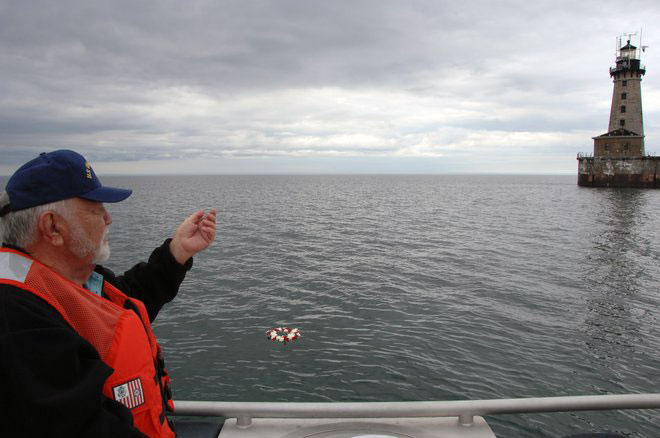 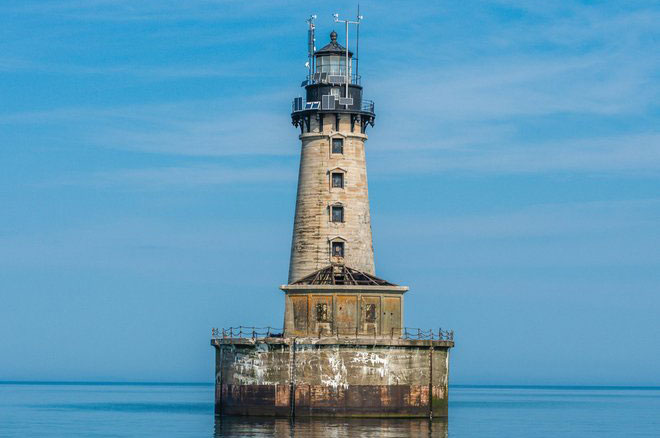 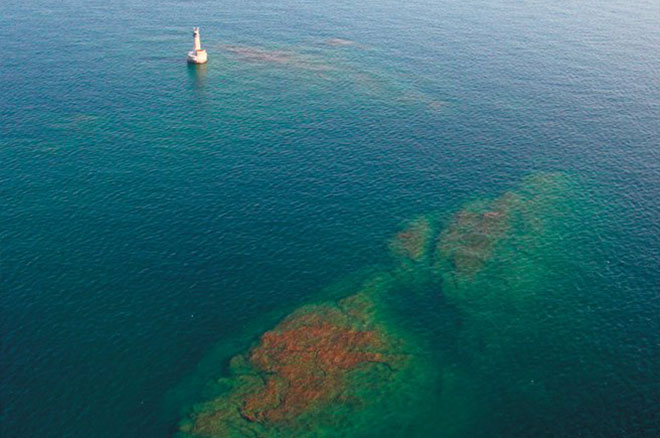 Stannard Rock Lighthouse: The Loneliest Place on the Continent

There is a Gofundme page here to make it easy to contribute!

For any donation amount, we will list you as a donor to this amazing project!

And if that’s not cool enough, for any donation of $100 or more, we will etch your name onto a plaque that will be affixed to the lighthouse to commemorate your support for centuries into the future in the middle of the largest fresh water lake in the world.

You know what’s even more cool? Your donation is tax deductible! The Superior Watershed Partnership is a 501 (c)(3).

If you are interested in a corporate partnership, this commitment will certainly boost your brand and spotlight your generous contribution to this important cause.

Our project in the news. 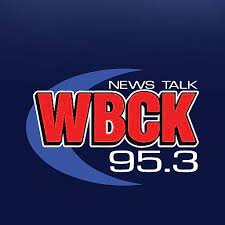 Battle Creek Michigan’s News Talk WBCK picks up our story and posts it on their website. 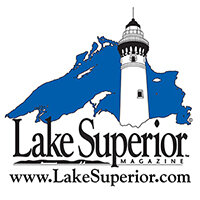 Lake Superior Magazine interviewed us for a story in their June/July edition. When that issue is released we will post it up here.

A Little Bit About Us 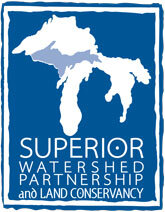 We are an award winning 501(c)(3) that has set national records for pollution prevention and the implementation of innovative, science-based programs that achieves documented and measurable results. The SWP implements a variety of conservation and public education projects.

In 2015, we acquired the Stannard Rock Lighthouse from the U.S. federal government for preservation.